For hours, they do not go out of their room, they mainly eat pizza, chips, occasionally some sandwich, etc … And they talk through skype in “some” strange and incomprehensible language.

Is it still a game fan? Are you addicted?

The problem, or rather its essence in addiction to computer or computer games is not the computer itself but the loss of control in the pursuit of various forms of use of it. It should be noted that not all people who use the computer, even in a very intense way, fall into the psychological dependence – addiction…. 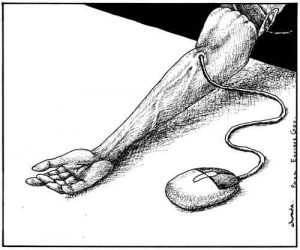 Addiction from the computer is a dangerous game, YES! It is a game because it leads to breaking up relationships with friends and family, neglecting important responsibilities such as school, family and partner life, and most of all not being treated can lead to mental disorders such as depression, anxiety or even psychosis.

The worst addictions are internet games, especially Internet – so designed to “grab” and catch attention, besides, they allow contact with other people, creating virtual alliances and friendship.

I do not know if you know, but the number of people addicted to computer games exceeds the number of addicts! Gambling can lead even to death: death cases are known to particularly hardened players who have played over 48 hours without interruption …

As Nora Volkow, a brain researcher at the National Institute on Drug Abuse, says: “I would be surprised if playing online after 10-12 hours did not affect the brain.” 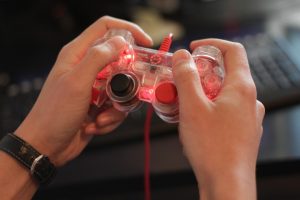 The beginning of computer games can be dated to 1947 – the date of the invention of the analogue missile simulator.